How to transition from Flash to HTML5 playback in one fast, bold step

The problem with Flash Player is that it is insecure (remember when Mozilla even disabled it for a couple of days in July due to vulnerabilities), but also a resource-hog with an uncertain future. Not only did Google roll out a fix "intelligently" blocking auto-playing Flash elements in Chrome by default, but Facebook’s new chief security officer Alex Stamos called for Adobe to "announce an end-of-life date for Flash" after the July fiasco.

The problem with moving away from Flash and towards clean, plugin-free HTML5 video playback is that this migration will likely require a considerable change in your current setup (encoding, choice of player) - not to mention that MPEG-DASH is in some danger of losing momentum due to MPEG LA’s patent pool.

If you believe that switching to HTML5 and adopting MPEG-DASH are invariably linked and together pave the only viable way to leave Flash behind, this article will definitely expand your options. 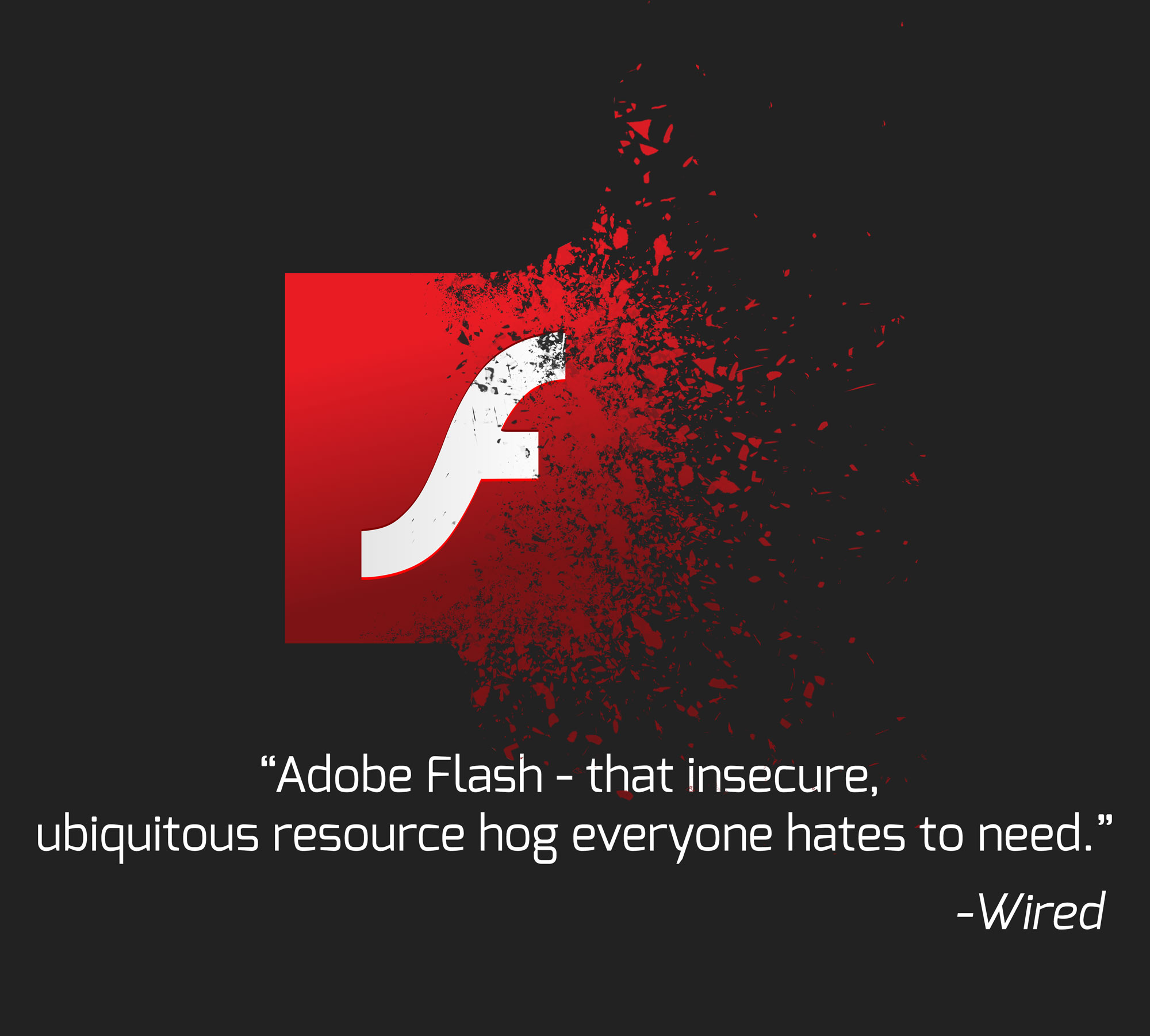 Let’s start here: do you already carry HLS streams - or are planning to move to HLS from RTMP in the short-term? Great then - you are fully equipped to make one fast, bold move to HTML5 and quit Flash. How? By making use of native plugin-free HLS playback in HTML5. The best thing is that this innovative implementation is viable through the of use currently existing and tested modern software technology (HTML5/MSE), not through hacks and patches.

What we’ve established so far: 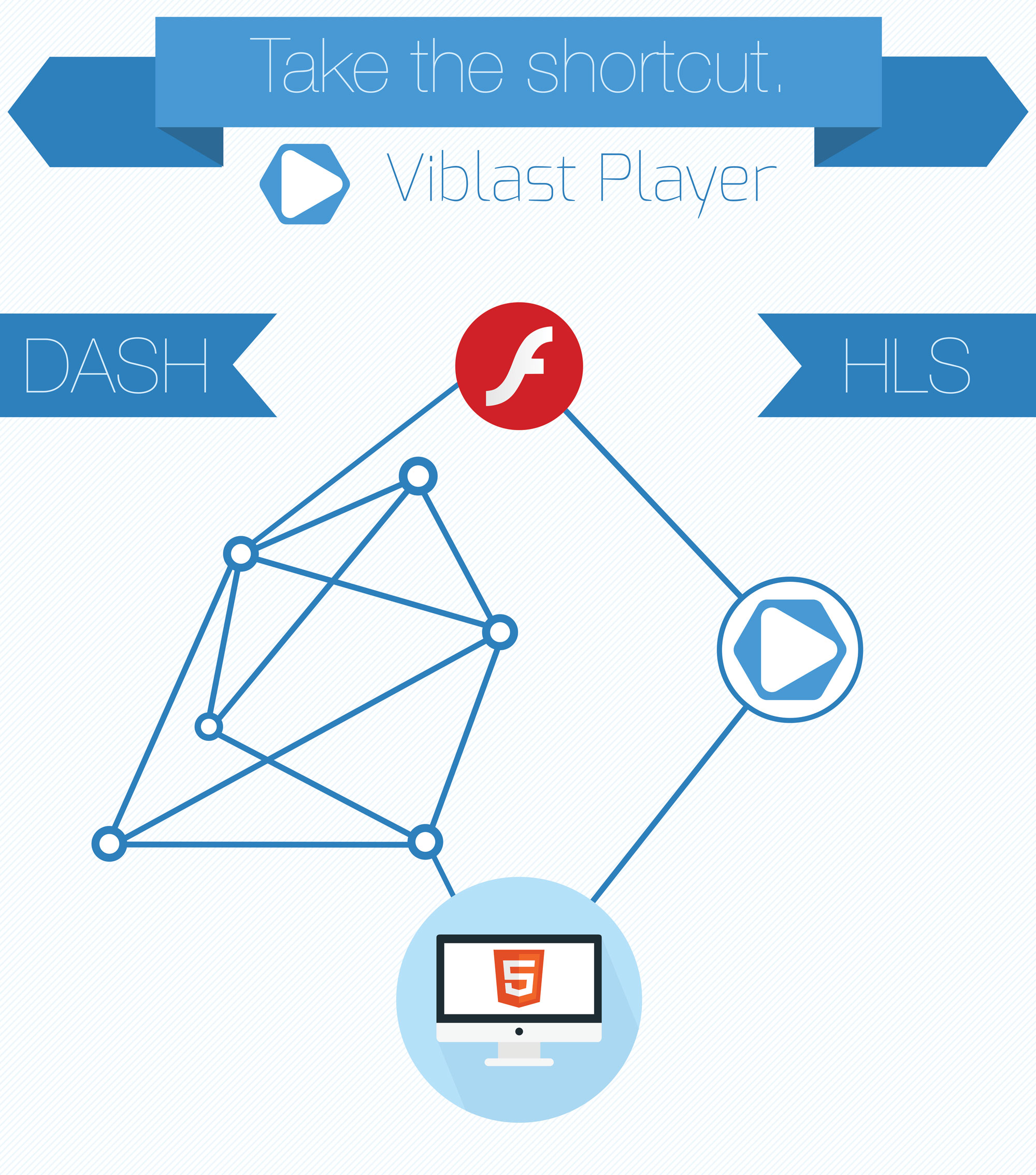 A skeptic might think such an implementation will capture roughly 3.58% of the browser support one requires. It is actually much closer to 100 percent: currently, all modern browsers support MSE, which is the only requirement for native HLS playback in HTML5.

If you’ve stayed with us this far, you probably have one major question left: how can HLS be played in HTML5 without a plugin?

There are a couple of answers to this, but we can only recommend the one we know best and whose performance we are personally responsible for: Viblast Player.

What Viblast Player brings to the table is smooth, production-quality HTML5 playback of HLS (and MPEG-DASH, should you need it) across the most popular browsers. No Flash in sight.

How long and complex is the integration process? It is neither long, nor complex. Being a player engine rather than a fully-fledged player (no UI/UX components), Viblast Player can easily extend your current player of choice without the need for replacing it. Viblast Player is pluggable into JW Player, Flowplayer, video.js and into custom-built HTML5-based players.

This solution is relatively little known as it was not possible until MSE became widely adopted. MSE is a W3C specification that allows JavaScript to generate media streams for playback, which enables such things as adaptive media streaming, live streaming and splicing videos, for example. What HLS-capable HTML5 players do via MSE is download audio and video content, change the container format, making it suitable for MSE, and feed it into the video tag or into another player for playback.

The key point here is: switching from Flash to HTML5 playback is really just a step away.

A few words on browser support

All modern browsers but Firefox currently support MSE. However, if you start your migration to HTML5 via HLS now, you will be ready for production by November 3 (and will have fully tested the whole implementation four times over). This is Mozilla’s official date for including universal MSE support in Firefox. The beta version of the release in question, Firefox 42, has this functionality working already. After Firefox’s long-awaited update in November, HLS will be playable natively in over 90 percent of the world’s browsers - with the sad exception of Internet Explorer <11 and IE users on Windows <8.

HTML5 is undoubtedly the answer, and MPEG-DASH is likely to become the answer’s skillful, slick sidekick. However, until you are ready to make the jump to MPEG-DASH, you do not have to be tied down to Flash and all its shortcomings. Making use of the widely-used HLS format, you can enter the HTML5 era without having to change more than a few lines of code. How was that possible again? By making Viblast Player your skillful, slick sidekick.